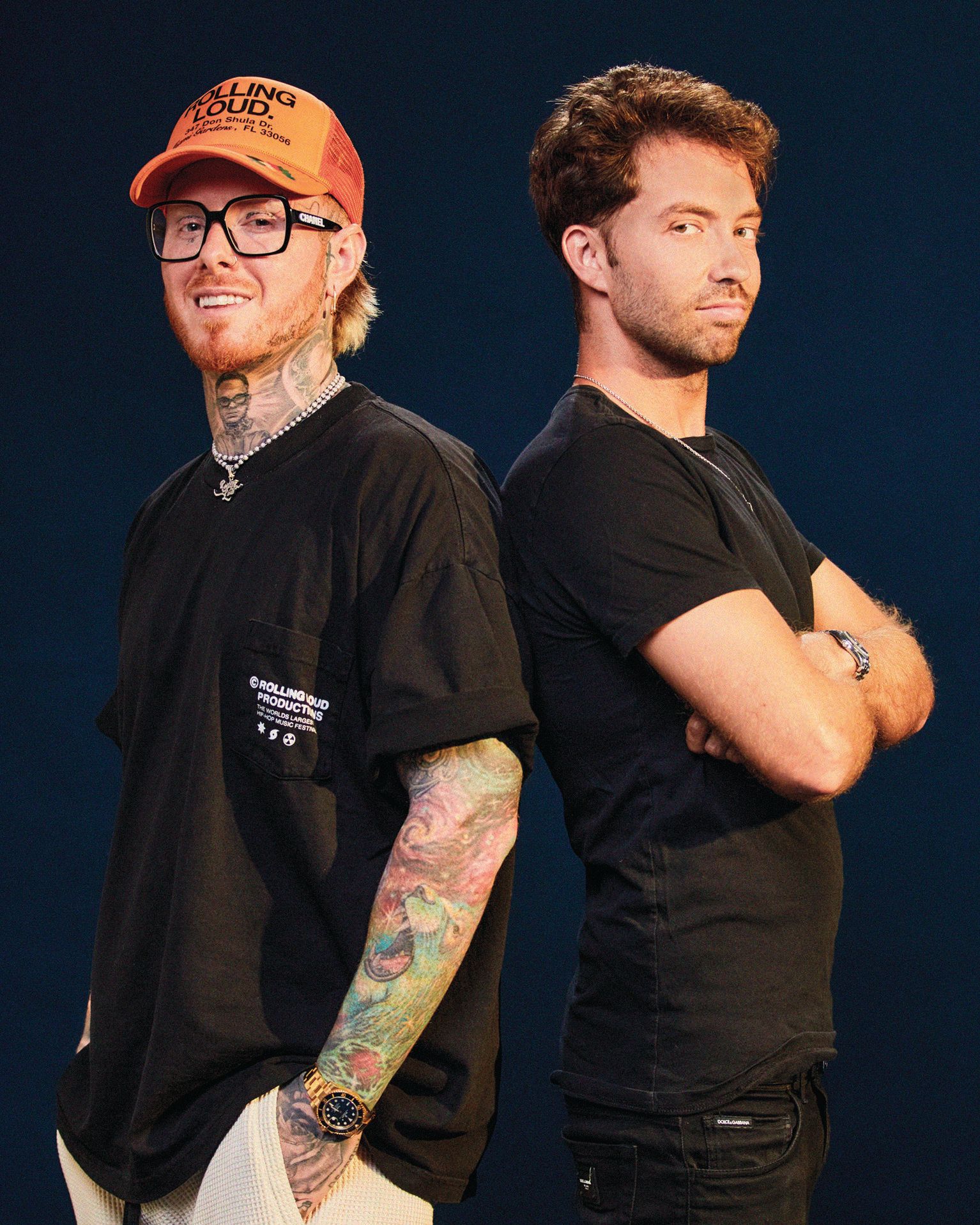 MATT ZINGLER AND TARIQ CHERIF, ON THE PATH OF BECOME THE BIGGEST LIFESTYLE BRAND IN THE HIP-HOP WORLD, TALK ABOUT ROLLING LOUD’S GLOBAL RESPONSE AND THE UPCOMING MIAMI CONCERT.

In 2015, childhood friends (and boys from Miami) Matt Zingler (@mattzingler) and Tariq Cherif (@tariqcherif) presented what would soon become known as the greatest hip-hop festival of all time – Rolling Loud. The couple debuted in their hometown of Miami and used their expertise in party planning and promotion, as well as their love and appreciation for music, to bring a lineup of musical acts like Schoolboy Q, Juicy J, Currensy and Action Bronson to the Soho Studios to create in Wynwood. Since then, the festival has continued to grow each year, evolving from a music festival into an immersive lifestyle experience that extends beyond the shows and performances. With festivals in Miami, New York, Los Angeles, Portugal, the Netherlands and Toronto, with more locations planned, the appeal extends to an international level, bringing music and culture lovers together for an all-encompassing lifestyle event.

“We’re super excited for these headliners – we have Kendrick on the heels of a brand new album that will be critically acclaimed and commercially annihilated; Future, who always puts in an incredible performance; and Kanye West, who’s a legend and a genius and all kinds of magicians,” Cherif comments. “And of course the lineup is a bunch of emerging talent as well as superstars. We also have Lil Uzi Vert, Playboi Carti, Lil Baby, Ski Mask the Slump God – all kinds of artists. It’s really the only place where you can see all the rappers at once and we’re really proud to be able to do that in Miami.”

If you look at where the entrepreneurs started and what Rolling Loud has become today, it really is an anomaly. Cherif and Zingler on location at the festival PHOTO: BY MICKEY PIERRE LOUIS @ITCHYEYEPHOTOS/COURTESY OF ROLLING LOUD, LLC

“At our first show in Wynwood, the capacity was about 5,000 people,” explains Zingler. “And the following year we went to Mana Wynwood where we activated Open Air, which was the parking lot. We had about 13,000 to 15,000 people a day. Then we moved to Bayfront Park, where we got a capacity of 50,000 people. And now we’re at Hard Rock, where we can have about 70,000 people a day for three days. There was exponential growth.

“But it also allowed us to tailor the experience to create unique on-site activations and truly create our own world within Rolling Loud so fans can experience more than just music. We have everything you can imagine – skate parks, basketball courts, lounges, unique foods, amusement rides, granola bars, barber shops, tattoo parlors – the list goes on.”

Aspiring to become the Disney of hip-hop, they deliver on this front with new surprises and rollouts every year.

“We touch all aspects of the entertainment business, from Rolling Loud Records to producing music with artists and films. Our merchandising continues to expand and we have extensive partnerships with Urban Outfitters and Levi’s. We also work a lot with other brands and collaborations in the merchandising space, like the Billionaire Boys Club. And then we have Rolling Loud Eats, which is a bundle of our concepts for collectibles and snacks, cereal, chips, sodas, etc. There’s so much we can do with Rolling Loud as a brand,” says Zingler. “In a word, we want to be the Disney of hip-hop,” Cherif continues. “Disney is a film production, it’s a streaming platform, it’s a theme park – it’s like their version of our festivals with a very real experience that is merchandise activated and allows you to fall in love with youth. We also publish NFTs – the possibilities are endless.”

While many businesses – particularly in the live entertainment space – have been hit hard during the pandemic, Rolling Loud miraculously thrived on the hiatus, taking the opportunity to recalibrate the business and grow the team.

“We were always in the fast lane and didn’t have time for a lot of other things that would strengthen the brand because we were constantly touring,” Zingler recalls. “So the downtime helped us. Many people were fired; We have not laid off any of our employees. We actually hired during the pandemic. We haven’t cut salaries; we increased it. We are a very family oriented company and when times get tough you know you are with us and we have your back. This was a major accomplishment for us to come out of and how we were able to offset our overheads without our main source of income which was previously our festivals.”

While running a business with a friend is often difficult, Zingler and Cherif seem to have risen to the challenge by each focusing on their own areas of expertise. And through that, they’ve found all of their favorite elements of the job and moments in Rolling Loud’s history so far.

“My favorite part is curating the current lineup. It’s exciting to see what we can create. I also love adding to the on-site experience for the user – just the little things, from how you get your tickets in the mail to how the credentials look, as a lot of people save them. Of course, creating merchandise is also very close to my heart – there’s nothing like people actually wearing the things you’ve created because it gives you the validation that you did something right,” says Zingler.

“For me, that’s the moment when you look around the crowd when everything is going and really absorb what we’ve put together,” says Cherif. “Putting a smile on people’s faces is one of the greatest feelings in the world and the fact that we do it for a living is incredible. It can be super stressful for us, but those little moments of looking outside and seeing all the energy come together are worth it.” Rolling Loud Miami takes place July 22-24, rollingloud.com; 347 Don Shula Drive, Miami Gardens, @rollingloud

Is a 1,200 calorie per day meal plan best for you? US Information | meal