resignation of the Russian diplomat; POW will get life imprisonment 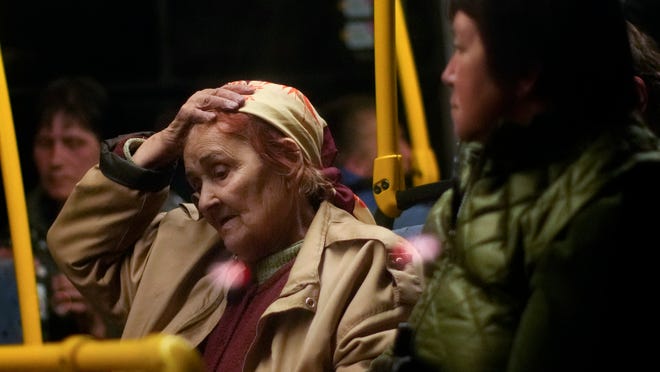 A veteran Russian diplomat at the UN office in Geneva resigned from his post on Monday, saying he was ashamed of his country’s invasion of Ukraine.

Boris Bondarev, 41, confirmed his resignation in a letter delivered to the Russian diplomatic mission on Monday morning, blasting the “war of aggression” unleashed in Ukraine by President Vladimir Putin.

“In twenty years of my diplomatic career I have seen various turns in our foreign policy, but never have I been as ashamed of my country as I was on February 24 of this year,” he wrote.

Russia invaded Ukraine on February 24. Bondarev, who recently worked on Russia’s role at the Geneva disarmament conference, told the Associated Press he was concerned about Moscow’s reaction to his letter and had no plans to leave Switzerland. His letter and statement are aimed at Russian oligarchs who have become rich under the Putin regime.

“Those who dreamed up this war want only one thing – to remain in power forever, to live in pompous, tasteless palaces, to sail on yachts comparable in tonnage and cost to the entire Russian Navy, unlimited power and complete impunity enjoy,” wrote Bondarev. “To achieve that, they are willing to sacrifice as many lives as necessary.”

►Starbucks is closing its 130 stores in Russia and will no longer have a brand presence there. The company said it will continue to pay its nearly 2,000 Russian employees for six months and help them transition to new jobs.

►The Russian military on Monday released footage of mine clearance specialists working at the Azostal Steel Plant in Mariupol. The Russian Defense Ministry told state news agency RIA Novosti that more than 100 explosive devices have been destroyed since the last Ukrainian bases surrendered.

►Russia stepped up its offensive in eastern Ukraine on Sunday as Polish President Andrzej Duda traveled to Kyiv to support Poland’s European Union aspirations and became the first foreign leader to address Ukraine’s parliament since the beginning of the war.

►Chancellor Olaf Scholz said he would “actively work” to facilitate grain exports from Ukraine and supply fertilizers to Ukraine, Reuters reported. Russia has blocked Black Sea ports vital to exports of Ukrainian wheat and other crops, which has pushed up prices.

The first trial of a Russian soldier for war crimes in Ukraine since the invasion ended Monday with Sgt. Vadim Shishimarin, a 21-year-old from Siberia, sentenced to life in prison for first degree murder and violating international laws of war.

Shishimarin, a captured sergeant in a Russian armored unit, fatally shot Oleksandr Shelipov, a 62-year-old civilian, in the head in late February. Shishimarin had pleaded guilty, but his defense had argued that he was carrying out a direct order, which he initially disobeyed.

Last week, Shishimarin asked Shelipov’s widow Kateryna for forgiveness. She said she wanted a life sentence but was also willing to bring Shishimarin back to Russia in exchange for Ukrainian militants who surrendered to Russian forces at the Azovstal Steelworks in Mariupol.

During the trial, the three-judge panel learned that Shishimarin was ordered to kill the man so he could not report her to the Ukrainian military authorities. Shishimarin fired his Kalashnikov through the open window of a car at the victim.

“I was nervous about what was going on. I didn’t want to kill,” Shishimarin said at the hearing in the Ukrainian capital of Kyiv. Judge Serhiy Ahafonov said he did not consider the defendant’s remorse to be sincere.

Negotiations with Turkey on Sweden’s NATO membership will take more time, but a recent phone call with Turkish President Recep Tayyip Erdogan was “good and positive,” the Swedish prime minister said on Monday. Magdalena Andersson told the official Swedish news agency TT that she was looking forward to the upcoming negotiations with Ankara. Edrogan has taken issue with Sweden and Finland, citing their alleged support for the banned Kurdistan Workers’ Party, or PKK, and other groups Turkey views as terrorists. Andersson said Sweden was one of the first countries to classify the PKK as terrorists.

Sweden and Finland formally applied to join NATO last week – a decision spurred by Russia’s war in Ukraine. Unanimous approval by all NATO members is required for new members. Erdogan has made few references to Finland amid reports that most of Turkey’s complaints are aimed at Sweden, which has a large community of Kurdish exiles.

In the first three months of its “military special operation,” Russia is likely to have suffered a death toll similar to that suffered by the Soviet Union throughout its nine-year war in Afghanistan, the UK MoD said in its latest assessment of the war in Ukraine. About 15,000 Russians died in the Afghan war that ended in 1989.

“Poor low-level tactics, limited air cover, lack of flexibility and a leadership approach that is willing to amplify mistakes and repeat mistakes have led to this high casualty rate (in Ukraine) that continues to rise in the Donbass offensive. “, says the review.

The Russian public has in the past “proved to be sensitive to casualties suffered in post-election wars,” the assessment said. As the death toll rises and the human cost becomes clearer, public dissatisfaction with the war and a willingness to speak out about it could increase, they say.

The head of the self-proclaimed Donetsk People’s Republic in eastern Ukraine said nearly 2,500 fighters captured by Russian forces from the Azovstal steel plant there would be tried by an “international tribunal”. Denis Pushilin was quoted by the Interfax news agency as saying that “at the moment the statute for the tribunal is being worked out”.

Family members of the militants trapped in the mill have asked for their rights as prisoners of war and eventually be returned to Ukraine.

Ex-Defense Minister: Russia is unlikely to use nuclear weapons

Even if the war in Ukraine turns out to be much worse than expected for Russia, the chances of Russian President Vladimir Putin using a nuclear weapon are “small but not zero,” former US Secretary of Defense and CIA director Robert Gates said on Tuesday Sunday “Face the Nation with Margaret Brennan,” Gates said Russia’s use of a tactical weapon would provoke a strong response from the West.

Gates, who served as secretary of defense under Republican President George W. Bush and Democratic President Barack Obama from 2006 to 2011, said the Biden administration should have started arming Ukraine for a conflict with Russia months earlier. But he gives President Joe Biden high marks for rallying US allies and putting together a coalition to confront Russia, defying calls for a no-fly zone – which would require deeper intervention – and refusing to back down on Putin’s nuclear ones to make threats.

Gates pointed out that Western sanctions and battlefield failures have dealt a severe blow to Russia and its global standing. “Putin will remain an outcast,” Gates said. “He really pushed Russia behind the eighth economically and militarily, and because now people are going to look at the Russian military and say, ‘You know, that’s how it’s supposed to be, this fantastic military. Well, they make a good save, but they’re not that hot in actual combat.'”

Biden, Harris on Russia’s blacklist, but not Trump

In response to the United States’ support for Ukraine at war, Russia has permanently barred nearly 1,000 Americans from entering the country, and the list includes numerous elected leaders but conspicuously omits one prominent one — former President Donald Trump.

Recent former presidents like Barack Obama and George W. Bush weren’t on the blacklist, but Trump’s name stands out as he’s often been accused of being too comfortable with Russian President Vladimir Putin. Two days before the February 24 invasion, Trump called Putin’s strategy toward Ukraine “ingenious” and “smart.”

When you have a pores and skin allergy, use basil to aloe vera

Households want to offer extra medical care at residence, however with little coaching