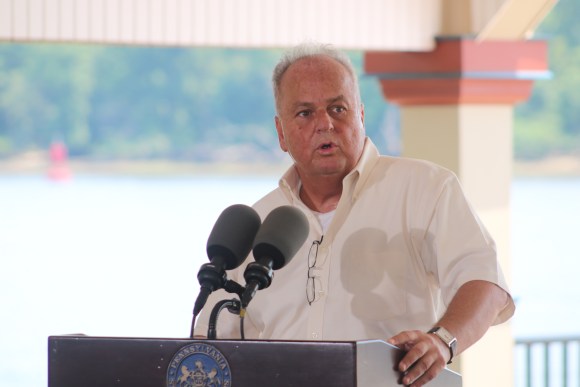 A new bill following recommendations from the Joint Task Force on Misclassification of Employees was introduced by local state assemblyman John Galloway.

Galloway, a Democrat from Falls Township, introduced HB 2810 in Harrisburg this week along with other Democratic state representatives Joanna McClinton of Philadelphia and Delaware counties and Pat Harkins of Erie County.

The Joint Task Force on Misclassification of Employees, established on the basis of a bill drafted by Galloway and passed in 2020, issued a report in 2022 with recommendations that served as the basis for legislation.

“Employee misclassification occurs when a company misclassifies an employee as an independent contractor when the nature, nature, and supervision of his work determine that he should be considered an employee under the law. Misclassification can impact industries from home health care to construction to online businesses like Uber and Lyft drivers,” Galloway’s office explained.

“For years I have fought to end corporate price cuts for workers in the Commonwealth,” Galloway said. “Too many companies are breaking the books and using dirty tricks to take money out of the hands of workers and put it into stock buybacks, shareholder dividends and executive perks, rather than putting the money back into the community. When HB 2810 is passed, Pennsylvania workers will receive the wages and job protections they rightfully deserve, and our working families and communities will be safer and stronger as a result.”

Fiore calls Conine’s work with the state board…

According to the Pennsylvania Department of Treasury, employee misclassification cost Pennsylvania taxpayers between $6.4 million and $124.5 million in lost revenue in 2019. Nearly 50,000 Pennsylvania businesses misclassified nearly 400,000 workers in 2020 and 2021.

“Misclassifying employees is employee theft. It steals their fair wages, health, safety and unemployment benefits, and benefits under Pennsylvania law,” McClinton said. “Workers in the gig economy — everyone from DoorDash drivers to IT workers, construction workers and home healthcare providers — are being held back from their benefits and salaries, resulting in a financially vulnerable workforce. In addition, misclassification has deprived the Commonwealth of funds that could have been used to support schools, repair bridges or provide more tax breaks for our seniors.”

The issue has received attention and support from several unions.

The bill drew criticism from union leaders for proposing to treat contractors working for apps like Uber and Lyft as second-class workers with lower benefits than most workers.

Report a correction by email | Editorial standards and guidelines

Fiore calls Conine’s work with the state board ‘questionable…