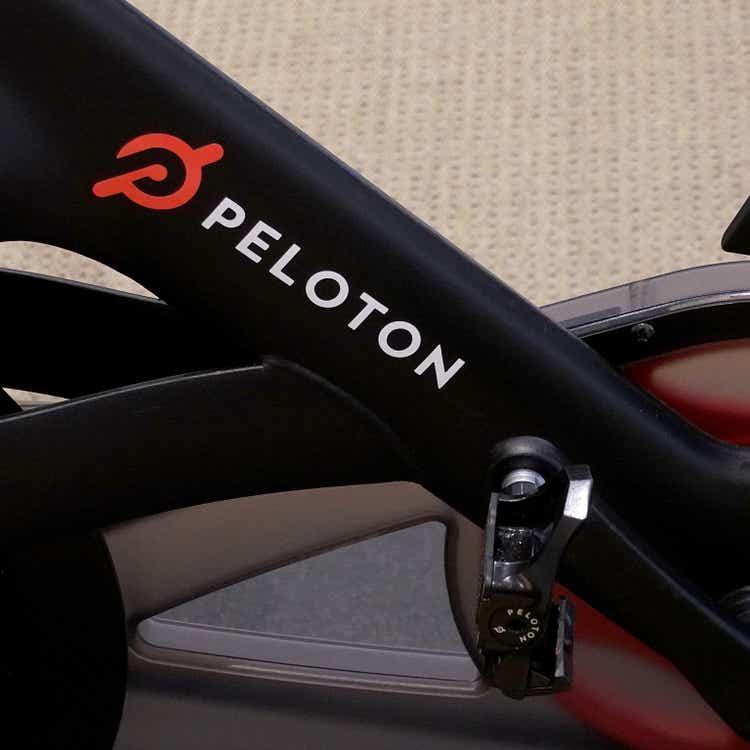 Few companies have been as troubled this year as Peloton (NASDAQ: PTON). After spending much of the pandemic dealing with supply chain issues amid unprecedented demand, Peloton struggled with the opposite problem: slowing demand following COVID world as people resumed their normal routines and gyms reopened. The company suffered serious reputational damage from the recall of its treadmill products, which is still on the minds of some consumers.

Year-to-date, Peloton’s stock has lost 75% of its value. Amid billions of dollars of market value wiped out, I finally think this stock has some residual value: 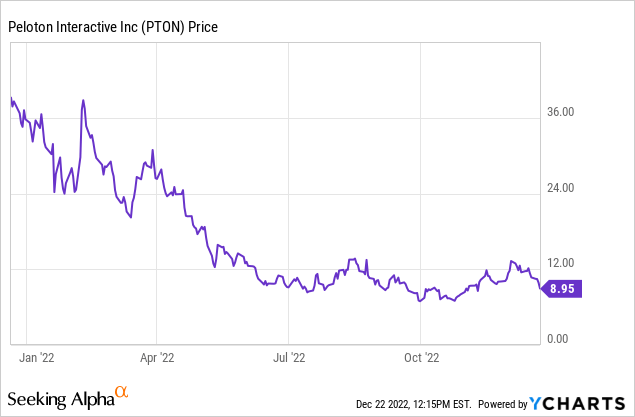 Here are my reasons for being bullish on Peloton:

Stay Long: There are many catalysts to lift Peloton higher in 2023, which we will discuss in detail next.

The growing importance of subscriptions

In the first quarter, Peloton delivered an impressive 36% year-over-year growth rate in subscription revenue to $412.3 million. Subscriptions accounted for 67% of total revenue in the first quarter — up from just 38% in the year-ago quarter, when the company was still catching up with red-hot hardware demand.

Subscription revenue growth is being driven by both a 19% year-over-year increase in total connected fitness subscriptions to 2.97 million and a price increase (remember that in August this year the company launched its all-access subscription to $44/month, a sharp jump from a previous price of $39/month The company justified this increase by saying that in 2014 the company started producing less than 400 courses per month with just six instructors, now it has more than 54 instructors 1,000 lessons per month).

Despite this price increase, the 1.1% churn has remained essentially at historical levels. This supports the argument that Peloton is fast becoming a stable ARR software company.

This, in addition to a deep restructuring that has seen Peloton’s headcount total a little over half from its 2021 peak (according to the New York Times), has helped Peloton trim its adjusted EBITDA loss to just -33 in the third quarter, $4 million to reduce: close to breakeven -5.4% margin, up 24 points from -29% in the third quarter last year.

Just because Peloton is more focused on subscription revenue doesn’t mean the company isn’t still pushing to expand the reach of its hardware products.

This fall, the company introduced the new $3,195 Peloton Row, a perfect companion alongside the company’s bike and treadmill products. 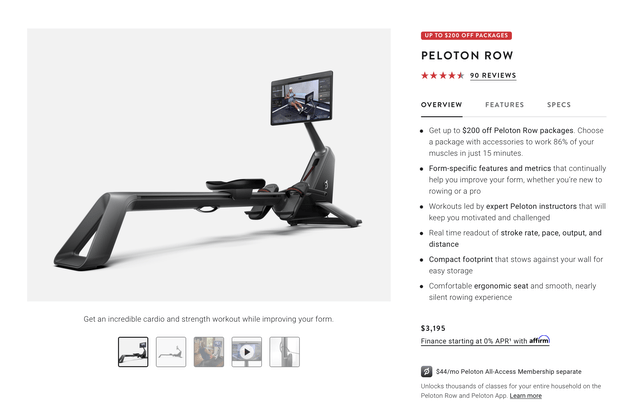 According to CEO Barry McCarthy’s comments on the first quarter results announcement, the company is seeing high demand for the now restricted Peloton Row and management expects the category to continue to grow over time.

In terms of Row, I think Tom Cortese and his team can be justifiably proud of reinventing the Row category just as they reinvented the bike category with Connected Fitness content. The good news and the bad news about Row relate to this fiscal year. We anticipate that inventory will be limited and they have more demand than we have units to sell and we are working to address these issues.

But, for now at least, it was quite well received critically. We have introduced it in all our showrooms since yesterday, in a limited number e.g. B. 16. And so I expect demand for Row will continue to grow as we increase people’s exposure and opportunity to try it and see what’s mass about it.”

Peloton has also deepened its channel relationships. Peloton products will be available in over 100 DICK’s Sporting Goods (DKS) stores beginning in November (after the close of the second quarter report). The company also announced that Peloton bikes are now offered at every Hilton (HLT) hotel in the United States with free 90-day trial subscriptions for Hilton Honors members.

With current share prices just under $9, Peloton trades with a market cap of just $3.02 billion. After we balance the $938.5 million in cash and $992.1 million in debt on the company’s most recent balance sheet, Peloton’s resulting enterprise value is $3.07 billion.

To me, that’s a very safe multiple worth buying.

7 causes and the right way to deal with them

Your FREE information to ageing is now obtainable