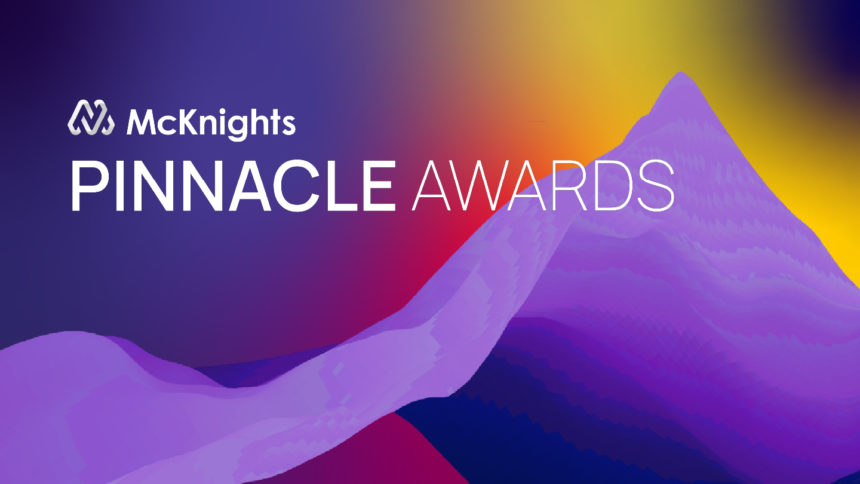 For a limited time, nominations will be accepted to recognize individuals who are setting new standards of excellence, driving change, providing guidance and motivating others in this field.

“With the Pinnacle Awards, McKnight’s honors individuals who have not only reached the top of the profession, but managed to stay there for years,” said Craig Roth, McKnight’s editor. “They have inspired us in the past and will continue to do so as long as they are in this space.”

The annual program culminates in online reporting and an in-person celebration.

Specialists with at least 20 years of experience who are still working in the areas of nursing, senior living or home care are eligible to nominate. Self-nominations will not be accepted.

The program has multiple awards across multiple tracks.

Also, awards will be given in the following two categories covering all tracks:

In addition, a special Career Achievement Award will be presented, determined by the program organizers.

The standard nomination deadline is October 20, for which there is a $199 entry fee. Nominations will also be accepted until an extended deadline of October 27 for a $249 entry fee.

More information about the awards and a link to the nomination form can be found in the application kit.