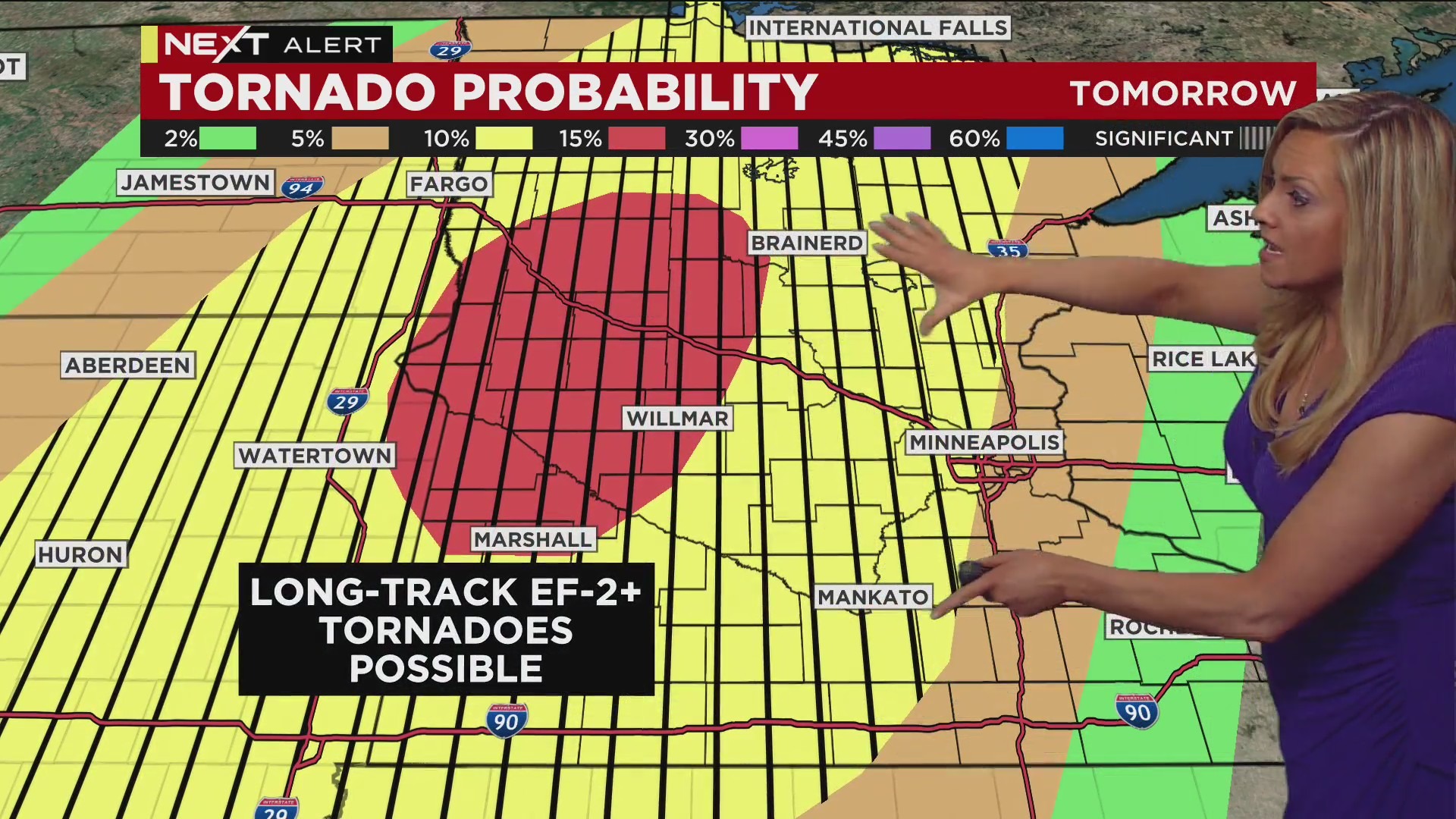 UPDATE (Monday 5:35am): Most of the Twin Cities area and west-central Minnesota were knocked off by a severe thunderstorm watch, but northern Minnesota and southwest Minnesota will remain under surveillance throughout the morning.

UPDATE: Most of the Twin Cities subway station and central-west MN has been taken off the Severe T-Storm Watch as this morning’s round of storms fizzles out, splitting into two areas north and south. Another round of dangerous weather developing after 3pm #mnwx #wiwx pic.twitter.com/FGrYCm9oVp

UPDATE (Monday 5:30am): Xcel Energy reports that about 12,000 customers in Minnesota are without power as severe storms hit Monday morning.

In addition, a severe thunderstorm watch was issued through 8 a.m. for most of central and southwest Minnesota

Pine, Carlton and St. Louis counties will be monitored by severe thunderstorms through 10:00 a.m

Along with the storm potential, Monday will be hot and humid with a high of 90 in the Twin Cities.

MORE: With severe weather expected on Memorial Day, it pays to have a storm plan in place

⚠️ RARE HEAVY WEATHER SETUP in #MNwx #WIwx today means most of us will experience dangerous weather. Too much detail again to cover in 240 characters but @LisaMeadowsCBS & I got you through the whole of #MemorialDay on @WCCO and @CBSNews MN. Make sure your family has a safety plan pic.twitter.com/sFeYtQKHg2

The first round of storms will occur early Monday morning, with Minnesota’s storm system moving southwest to northeast. Wind is the main threat from this storm, which could bring gusts in excess of 70 miles per hour.

There should be a lull in storm activity around noon, with the second round arriving around dinner.

Tuesday will be less humid and cooler but still has a chance of storms. We then enjoy a quiet midweek with highs in the 70’s and lows in the 50’s.

More storms are possible next weekend.

If the sneezing retains coming, then scent this factor saved within the kitchen