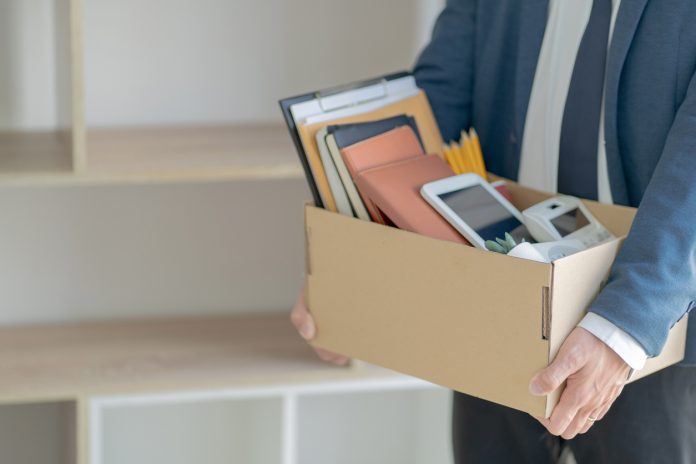 Tech companies in the US laid off more than 37,000 employees in a mass layoff through early August

Over the past three months, Silicon Valley has witnessed a spate of layoffs amid fears of a looming recession, fueled largely by the Russian invasion of Ukraine and inflation.

Carnage and freezing on recruitment

According to data compiled by Crunchbase, tech companies in the US have laid off more than 37,000 employees in a mass layoff through early August.

According to reports Tuesday, Apple Inc. has fired around 100 contract-based recruiters (responsible for hiring new talent), days after Google warned employees about “blood on the streets” and hinted at imminent layoffs if business doesn’t take off next quarter.

Companies like Netflix, Shopify, and Coinbase have slimmed down by laying off employees, citing the debilitating effects of the COVID-19 pandemic and over-hiring at a time of rapid growth. Others that have opted for a smaller headcount include Robinhood, Glossier, and Better.

Netflix laid off 150 employees in May this year, alongside contractors and part-time workers.

The rental start-up Sonder laid off a fifth of its group employees.

Cryptocurrency exchange platform Coinbase laid off 1,100 people, making up 18 percent of its workforce, blaming it for an impending US recession and “crypto winter.”

Similarly, e-commerce platform Shopify laid off more than 1,000 employees in July, mostly in the “over-specialized” roles in its recruiting, support and sales departments, the company’s CEO Tobi Luke said.

Much of the layoffs were made in HR departments.

Similarly, IT giant Microsoft reduced its 1,80,000 employees by laying off 1 percent of them, while TikTok, which has started laying off employees, says it plans to lay off another 100 as part of its restructuring plans.

Aside from that, companies like Meta, Twitter, Lyft, Intel and Uber, hit by a slump in stock prices thanks to cautious investors, have frozen hiring to cut costs.

What triggered the layoffs?

Rising inflation, high interest rates, changing consumer behavior and the need to cut costs amid a looming recession are among the main reasons for the massive layoffs, experts say.

They say demand for technology has plummeted as people are no longer as dependent on it as they were in the early days of the pandemic. Take Peloton, a home fitness company, for example. With people in gyms and outdoors post-pandemic, the need for at-home fitness apps plummeted — Peloton lost 90 percent of its value, from $47 billion in 2021 to $4 billion by 2021 May 2022. The main impact of this came when the company laid off 2,800 employees in February 2022.

The US Federal Reserve announced the highest rate hike in 28 years in June this year, raising it to 1.75 percent from 1.00 percent in May. This hurt fundraising prospects for tech companies.

What does this mean for IT staff?

Experts say while the current scenario shows the lack of planning and foresight of tech companies in a post-COVID world as they have overestimated their growth and hiring capacity, it’s not all over for tech workers as they still have prospects on the broader scale Market can find where there is a lack of talent.

“In San Francisco, even in the tech industry, where there are a lot of layoffs, there are three open positions for every hire, so many positions remain unfilled,” he said.

In addition, companies such as Microsoft, Alphabet and Amazon have announced that they will increase the salaries of their employees.

While experts advise workers to consider working in the office over working from home, as employers are more inclined to lay off the latter, they say now is not the time to start looking for a new job, especially when the job market is tight.

Ladies’s Well being: Extreme Interval Ache.. Get Aid With These Suggestions.. SEXI Information