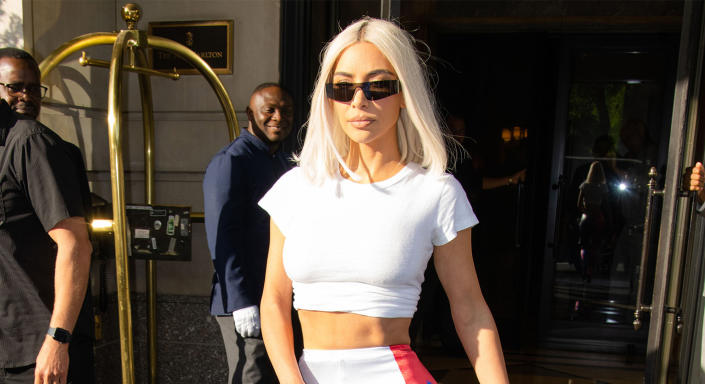 Kim Kardashian opened up about her 7kg weight loss for the Met Gala on the Today Show. (Getty Images)

Kim Kardashian has spoken out about reports that she ripped the Marilyn Monroe dress she wore to the Met Gala earlier this year, revealing that she has continued to lose weight since her original transformation.

The reality TV star and fashion founder, 41, originally revealed she had lost 7kg to fit into the iconic dress for the biggest fashion event of the year.

“I tried it on and it didn’t fit me,” Kardashian revealed in an interview on the Met Gala red carpet.

“I had to lose 16 pounds to fit in,” she told La La Anthony during Vogue’s live coverage. “I would wear a sauna suit twice a day, run on the treadmill, cut out sugar and carbs completely, and only eat the cleanest veggies and protein.”

“I didn’t starve myself, but I was so strict,” she added. 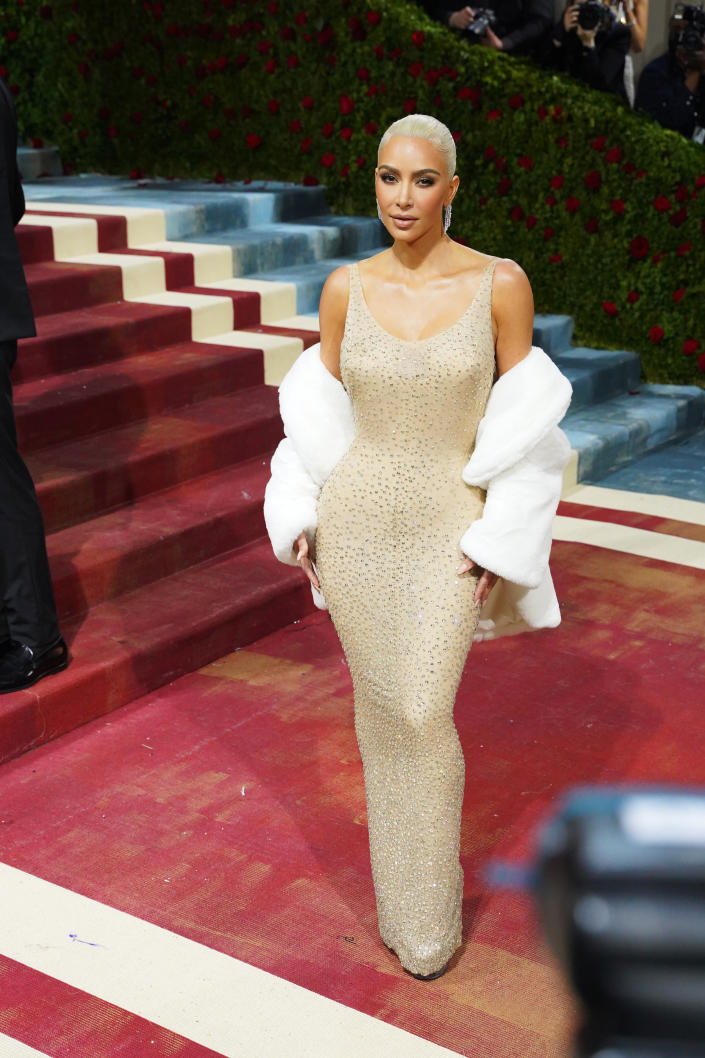 In an interview with the Today Show in New York on Tuesday, the mother-of-four revealed her weight-loss efforts have continued following her transformation at the Met Gala.

Kardashian opened up about her transformation for the star-studded event in May, revealing she viewed it “like a role.”

“I really wanted to wear this dress, it was really important to me,” she told hosts Hoda Kotb and Savannah Guthrie.

The reality TV star revealed that her transformation didn’t stop there and that she’s since continued to lose weight, losing an additional five pounds.

“It actually taught me a lot about my lifestyle and my health,” she said in the interview. “Since then, I’ve continued to eat really healthy afterwards.”

“I’m not trying to lose any more weight, but I have more energy than ever,” she added.

“I cut out so much sugar—a lot of the junk food I ate I wasn’t aware of, as much as fried food. And I just completely changed my lifestyle.”

The mother-of-four previously came under fire for walking to the Met Gala in Marilyn’s famous dress for promoting “dangerous” crash diets.

Despite backlash from fans and eating disorder advocates, the Skims founder later doubled down on her original comments, comparing her situation to when movie stars morph for roles.

“For me, it was like, ‘Okay, Christian Bale can do it for a movie role and that’s acceptable,'” the Kardashian told the New York Times. “Renée Zellweger also gained weight for a role.”

Continue reading: Kim Kardashian Was ‘Determined To Fit Marilyn Monroe’s Iconic Dress For The Met Gala’: ‘I Had To Lose 16 Pounds’

The multi-hyphen also responded to claims that the Jean Louis-designed 1962 dress broke after she wore it to the Met Gala, and denied damaging the dress in any way.

Kim Kardashian revealed on the Today Show that she only wore the dress for “maybe four minutes” to walk the famous steps of the Met Gala red carpet in May. (Getty Images)

“Ripley’s, we worked so well together,” she said of the experience. “There were handlers with gloves who put it on me.”

“It was such a process,” she recalls. “I showed up to the red carpet in a bathrobe and slippers and put on the dress on the carpet below. I walked up the stairs – I had it on for probably 3 minutes, 4 minutes. And then I changed [into a replica of the gown] at the top of the stairs.”

“I was so happy for this opportunity and that Ripley’s gave me the opportunity to share this moment so it can live on,” she added. “I respect her, I understand how much this dress means to American history, and since the subject was American, I thought, ‘What’s more American than Marilyn Monroe singing Happy Birthday to the President of the United States?'”

Massage For Back Pain

The worldwide residence well being care market is predicted to develop by 8.4% to just about USD 300 billion inside Four years