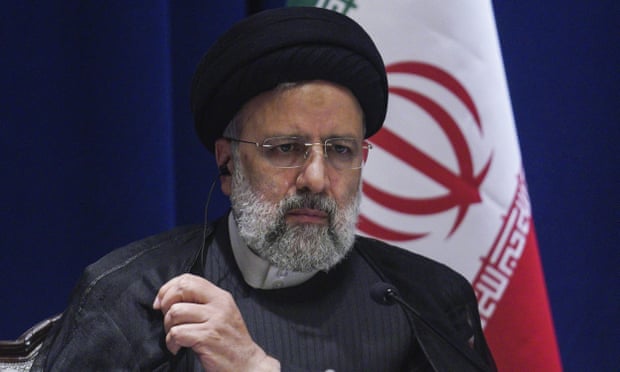 The death of an Iranian woman in custody, which has sparked widespread protests, needs “relentless investigation,” the Iranian president said, even as he bemoaned what he called Western “double standards” on human rights.

Ebrahim Raisi told a press conference on the sidelines of the UN General Assembly that Mahsa Amini’s death in morality police custody “must definitely be investigated”.

“I contacted her family at the first opportunity and assured them that we will remain steadfast in our investigation into this incident… Our primary concern is upholding the rights of all citizens.”

On Amini’s death, he said the authorities had done what they had to do and that responsibility was now in the hands of the judiciary. He claimed the coroner’s initial investigation into Amini’s death showed that she died of heart failure or a stroke and not physical beatings by the morality police.

But he said: “If her death was due to negligence then it will definitely be investigated and I promise to follow up on the matter whether or not the international forums take a stand.”

Protesters have dismissed the state’s conclusions, citing reports that officers hit Amini in the head with a baton and banged her head against one of their vehicles.

At least 36 people are said to have died in the six-day protests sparked by the death of the 22-year-old Kurdish woman on September 16.

On Thursday, protesters torched police stations and vehicles in several cities, and Iran shut down the internet in parts of Tehran and Kurdistan and blocked access to platforms like Instagram and WhatsApp in a bid to stem a growing protest movement. Iranian women take to the streets and the internet to burn their headscarves and cut their hair.

Amini was arrested for allegedly wearing a hijab headscarf in an “inappropriate” way. Activists said the woman, whose Kurdish first name is Jhina, suffered a fatal blow to the head, a claim disputed by officials who have announced an investigation. Police continue to claim she died of natural causes, but her family suspect she was beaten and tortured.

Raisi, a former hardline head of the judiciary accused of sending hundreds to their deaths in the past, said Iran will not tolerate “acts of chaos,” referring to the six nights of protests against her assassination, said but his country accepts legitimate protests.

The judiciary has ordered courts to crack down on protesters, claiming the protests are now being led by foreign agents and fueled by anti-Iranian social media, a well-known accusation from the regime when dissent erupts.

He tried to turn the tables on the country he was visiting by asking about police shootings in the US. “Have all these deaths been investigated?” he asked.

“Every day in different countries, including the United States, we see men and women dying in police encounters, but there is no sensitivity to the cause and management of this violence,” he added.

The extent of Iran’s ongoing unrest, the worst in several years, remains unclear as protesters in more than 12 cities – venting anger at the country’s social repression and mounting crises – continue to meet security forces and paramilitary forces . The Iranian army said on Friday it would “confront the enemy” to ensure security, the harshest warning yet to the protesters.

Raisi, formally addressing the General Assembly on Wednesday, said bad things had been happening to people everywhere at the hands of the authorities, making vague references to the US and Britain. He called for the “same standard” in the way authorities deal with such deaths worldwide.

Raisi’s comparison reflects a common approach among Iranian leaders, who, when faced with allegations of rights abuses, often point to Western society and its “hegemony” and demand that those nations be similarly held accountable.

The protests have escalated into an open challenge to the government, with some Iranians calling for the demise of the Islamic Republic itself. They are the most serious demonstrations since 2019, when protests erupted against a government fuel price hike.

Although Raisi did not directly condemn the protests, she said: “What happens, holding demonstrations… of course these are normal and fully accepted… We have to distinguish between protesters and vandalism. Demonstrations are good for expressing certain issues.”

The US on Thursday imposed sanctions on morality police and leaders of other Iranian security agencies, saying they “routinely use force to repress peaceful protesters.” US officials promised to take further action in the coming days.

Erfan Mortezaei, Amini’s cousin, told the IranWire website that the dead woman’s family was still under pressure to publicly support the regime’s version of events: namely, that she did not die from head injuries sustained in custody, but of the complications of a historic brain operation.

Mahsa’s nephew Arkan, 17, was taken into custody over the weekend. He was released yesterday morning on bail of 500 million toman ($16,000). The judiciary informed the family that he had gone to the offices of a news agency in the city, presumably to speak to them about his aunt.

“The goal of this pressure,” Erfan said, “is to get a coerced statement from Mahsa’s family to stop the nationwide protests.”

Nasser Kanani, spokesman for the Islamic Republic’s foreign ministry, wrote in a tweet without referring to the nationwide protests in Iran: “The real human rights violators do not have the necessary moral competence to speak out on human rights.”

In an index of the extent of the unrest, Tehran Mayor Alireza Zakani claimed that 43 buses, 54 bus terminals and 23 fire engines were damaged.

The protests lack an organized leadership and although the initial focus was on women’s right not to wear the hijab in public or to be harassed by the vice squad, there have been broader calls for freedom or the overthrow of the regime.

Iranian officials have tried to drive a wedge into popular support for the protests by emphasizing their anti-Iranian violence.

US-based human rights groups had attempted to serve an injunction on Raisi on behalf of former political prisoners, including Kylie Moore-Gilbert, the dual British-Australian citizen who was imprisoned for two years.