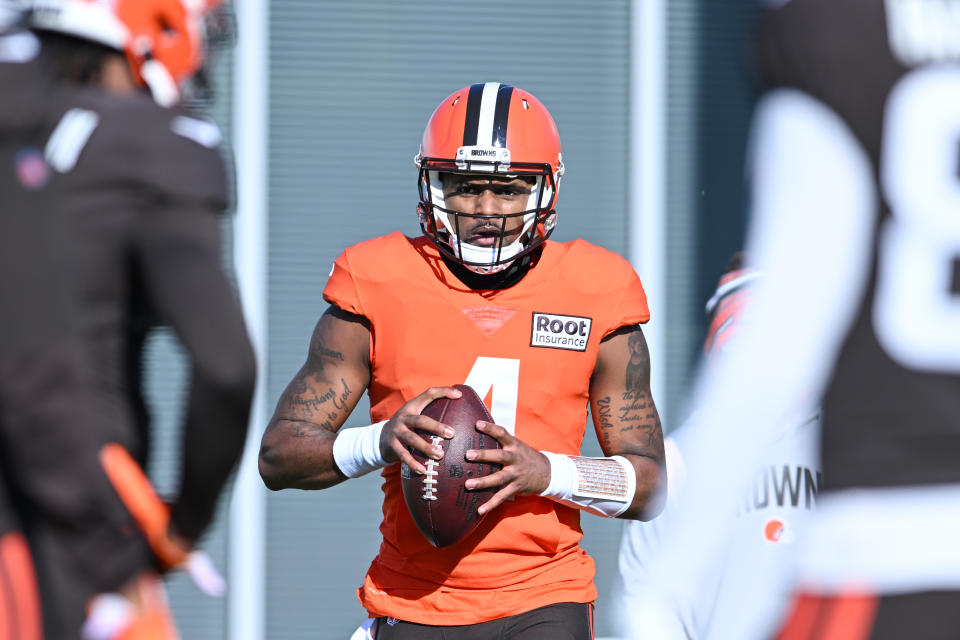 Deshaun Watson is making his debut with the Cleveland Browns after an 11-game suspension from the NFL. (Photo by Nick Cammett/Getty Images)

After serving an 11-game suspension following more than two dozen civil sexual assault and misconduct charges against him, all but one of which have been resolved, Deshaun Watson will make his debut with the Cleveland Browns.

Watson meets the Houston Texans, his old team, in a game the Browns must win if they are to keep their tenuous playoff hopes alive.

Update your settings here to see them.