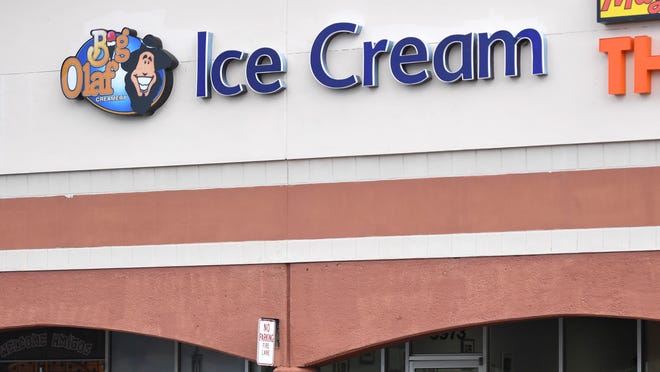 The country’s top public health agency on Friday again encouraged people to dispose of Big Olaf Creamery’s ice cream, a day after a woman filed a lawsuit alleging a contaminated product from the company caused a miscarriage.

The US Centers for Disease Control and Prevention issued a warning on Friday advising consumers not to eat Sarasota ice cream. This is the second time in less than a week that the CDC has advised against eating Big Olaf because it has been linked to listeria. The agency said it was concerned the ice cream could still be in people’s homes or for sale in shops.

Several Big Olaf retail locations opted to continue selling ice cream this week, even after the health agency first linked them to Listeria on July 2.

“Don’t eat Big Olaf Creamery and don’t throw away leftovers,” the CDC tweeted Friday. “Companies shouldn’t serve it or sell it. CDC is working to determine if other products have been linked to disease.”

What is Listeria, the bacteria linked to the Big Olaf outbreak? Find out here.

The Florida Department of Health and Human Services said late Friday — also on Twitter — that it was actively investigating multi-state listeria outbreaks linked to Big Olaf Creamery. In the same tweet, the health department included a link to a FOX 13 Tampa Bay news report that said the company had agreed to recall its product.

A spokesman for the Florida Department of Health did not immediately confirm that report or respond to the Herald-Tribune’s request for more information Friday.

The CDC’s warning came a day after a second lawsuit was filed related to the Listeria outbreak. Kristen Hopkins and Frank Imbruglia of Massachusetts are suing Big Olaf’s Cattlemen Road manufacturing plant and an ice cream parlor in Clearwater for allegedly selling them contaminated ice cream, which the lawsuit says resulted in Hopkins’ loss of pregnancy.

Listeria is a type of bacteria with many different strains. The bacterium Listeria monocytogenes causes a disease called listeriosis, which the CDC says is usually contracted after a patient eats something contaminated with the bacteria. Cream cheeses made with unpasteurized milk, raw sprouts, melons, cold cuts, smoked fish, and raw milk — including products processed into soft cheeses, ice cream, and yogurt — are all places where harmful bacteria, including listeria, can be found, according to the CDC.

According to the lawsuit, Hopkins ate Big Olaf brand frozen dessert on two separate occasions in May 2022 at Beverly’s Ice Cream in Clearwater while the family was in town for a wedding. At the time, Hopkins was 11 weeks pregnant with what she and Imbruglia had hoped would be their third child.

Upon her return to Massachusetts on May 17, the lawsuit alleges that Hopkins had an appointment with a doctor when she was told her baby was healthy. But on May 31, Hopkins had mild cramps and persistent diarrhea that didn’t improve over time. On June 11, she developed a severe headache and the next day she woke up pale, shaking and tired. Imbruglia drove her to the hospital, and there they found her baby had died, the suit said.

At that point, according to the lawsuit, Hopkins was transferred to a higher-level hospital, where she suffered from convulsions and headache and neck pain. She was then taken to the operating room where a doctor removed her baby from her uterus. She was then transferred to the intensive care unit for close observation and treatment with strong antibiotics.

Doctors told Hopkins that her condition was critical and a hysterectomy might be needed, the lawsuit says. She continued to suffer from “excruciating” physical and mental pain until she was released on June 17, the lawsuit said. Hopkins continued to receive medical care at home after leaving the hospital, but she has still not fully recovered her strength.

A blood culture taken tested positive for Listeria monocytogenes, according to the lawsuit, and subsequent tests found it matched the outbreak strain through whole genome sequencing.

The lawsuit claimed losses from the pregnancy, pain and suffering, mental anguish, and other factors.

The Hopkins lawsuit was followed by another filed Tuesday by the estate of Mary Billman, an Illinois woman who allegedly ate ice cream at Big Olaf’s Bahia Vista Street location in Sarasota in January and died a few days later.

A statement from Big Olaf, posted to the manufacturing facility’s Facebook page earlier this week, said that despite warnings to the contrary from the CDC and the Florida Department of Health and Human Services, nothing has yet been linked to Big Olaf. Several Big Olaf retail locations echoed that sentiment on Sunday, and many operated throughout the week despite public health warnings.

“Right now it is just speculation as it is an ongoing investigation. Our brand has not been confirmed to be associated with these cases. Not sure why only Big Olaf is mentioned and targeted,” the company wrote on Facebook.

The CDC said on July 2 that the Listeria outbreak had caused 23 illnesses and one death in 10 states.

Support local journalism with a digital subscription to the Herald Tribune.