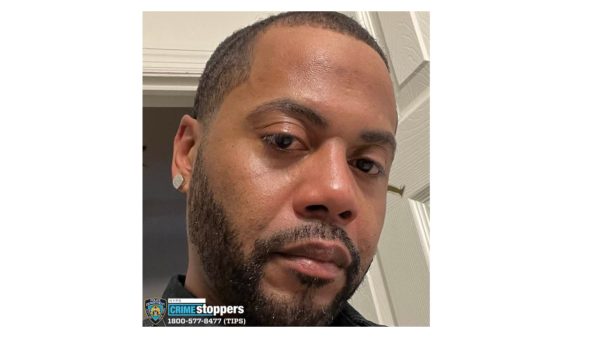 Slashing at the Fulton Mall: The NYPD is asking the public to help identify and locate an individual linked to an attack in the 84th Precinct. including Brooklyn Heights and Downtown Brooklyn last Friday. Police were told that around 3:15 p.m. on Friday, December 2, 2022, outside 459 Fulton Street off Jay St., a 39-year-old woman was involved in an altercation with a man she knows. who then cut the female victim’s face with a razor blade, causing a severe laceration.

The victim was taken to Methodist Hospital in serious but stable condition.

This man is wanted in connection with a smack at Fulton Mall.
Credit: NYPD-CrimeStoppers

ACLM’s $44 million investment will cover the training of up to 200,000 doctors, nurses, nutritionists and other healthcare professionals in New York City and is the world’s largest rollout of lifestyle medicine training.

Winners were selected from a record 560 nominations and include nurses from every facility and clinical service line in the system, including acute care, post-acute, correctional, community care and Gotham Health.

DISTINGUISHED BROOKLYN COLLEGE PROFESSOR RECEIVES KENNEDY CENTER HONOR: Acclaimed Composer, Conductor and Educator, Tania León, Distinguished Professor Emerita at Brooklyn College, was presented with a Kennedy Center Honor this past weekend, one of the nation’s most prestigious awards for lifetime achievement in the performing arts. Professor León is the first CUNY-affiliated faculty member, active or retired, to receive a Kennedy Center award. Prof. León taught at Brooklyn College for 35 years — and was the director of music composition at its conservatory of music — and at the CUNY Graduate Center’s music doctoral program for 30 years before retiring in 2019.

A two-hour Kennedy Center Honors presentation that lasted more than three hours will air December 28 at 8 p.m. EST/PST on CBS. DEADLINE FOR REAL ID DRIVER LICENSES EXTENDED: Procrastinators have more time to obtain a REAL ID driver’s license or non-driver ID that will allow them to board domestic flights, or to enter military bases and certain federal facilities. The new deadline by which REAL ID is required to board domestic flights is May 7, 2025, federal officials announced Monday. The deadline was partially extended by two years because ongoing problems with COVID-19 led to backlogs at state agencies responsible for issuing driver’s licenses. The DMV website is now updated with the new deadline. https://dmv.ny.gov/driver-license/federal-real-id

In addition to the stars on REAL-ID driver’s licenses, the cards themselves are built using new technology, making them much more difficult to counterfeit, according to the Department of Homeland Security.

Brooklyn has been at the forefront of interfaith collaboration for decades, with several local clergy working for social justice. Among them is The Bridge Multicultural Project based in Flatbush.

LEGISLATORS DEMAND THE NEED FOR PUBLIC RIDE RATE INCREASES: U.S. Representative Nicole Malliotakis (R-11) and Rep. Michael Tannousis (R-46) on Monday, the MTA chided the MTA for its plan to raise fares and tolls by 5.5 percent after New York Gov. Kathy Hochul said fare increases were “off the table.” Republican lawmakers serving southwest Brooklyn and Staten Island also pointed to U.S. Senator Chuck Schumer’s January announcement of a lump-sum federal grant of $6.19 billion to help the MTA to recover from the pandemic’s passenger losses – money that would “prevent any fare increases for years to come.”

Malliotakis and Tannousis claim that despite receiving over $15 billion in pandemic assistance from the federal government and additional funds available through the IIJA, the MTA will still run a $600 million budget deficit next year of $1.2 billion reports in 2024 and $1.6 billion in 2026.

TRINITY PARK PROPOSED FOR RENOVATION SO THAT THE PUBLIC CAN ENJOY FULL ACCESS: Trinity Park, a public space originally intended as a gateway to the Manhattan Bridge but currently derelict, will be the topic of the Brooklyn Community Board 2 Parks & Recreation Committee monthly virtual meeting next Monday, December 12th. Located directly under an underpass leading to the Manhattan Bridge, Trinity Park is currently riddled with trash and illegal landfills whose 6.3 acres are limited to 0.68 usable acres by illegally parked vehicles. Bridges 4 People will propose light renovations to return this public space to full public access and use, including structures to enforce existing no-parking rules and improved public thoroughfares from Nassau Street and the Manhattan Bridge Path to improve pedestrian access improve and improve security.

Trinity Park is named in honor of the Missionary Servants of the Most Blessed Trinity, also known as the Trinitarian Sisters, according to the NYC Department of Parks and Recreation website.

20 States That Are Higher Than Florida for Retirees: Insider…

UPDATE ON THE BRIDGE PLAZA COMMUNITY GARDEN: During the same CB2 Parks & Recreation Committee meeting, the New York Restoration Project will present an update on the renovation of the Bridge Plaza Community Garden in downtown Brooklyn on Concord St. and not far from Trinity Park mentioned above. The participatory design process is now complete resulting in a preliminary plan based on discussions with gardeners, NYRP maintenance and operational goals, and capital funding requirements.

Construction of the Bridge Plaza Memorial Garden is expected to begin in fall 2023 and be completed in spring 2024.

BOROUGH HALL TREE LIGHTS THIS THURSDAY: A civic tradition that Brooklynites look forward to each year takes place this Thursday — the Borough Hall Tree Lighting, with Antonio Reynoso, President of the Borough of Brooklyn. Opera on Tap will perform at the Borough Hall Plaza, Court and Remsen Streets during the ceremony on December 8th from 5pm to 6pm.

Civic groups, including local Boy Scout and Boy Scout troupes, are in attendance and have sung at the Borough Hall Tree illuminations for at least two generations.

NEW CENTER WILL SERVE THE MATURE ASIAN COMMUNITY OF SUNSET PARK: Notable leaders from Brooklyn and the Chinese American communities followed with VNS Health on Monday to celebrate the opening of the nonprofit home health care organization’s new community center in Sunset Park. The new center, one of three vibrant VNS Health Community centers serving the Asian American community in Brooklyn, Manhattan and Queens, aims to address “inequalities” in Brooklyn’s Asian American neighborhoods and will be a place where seniors in Brooklyn can access culturally competent care, education, and exposure to local health and social support resources.

Another new center will open in Flushing next Monday, December 12th. “PLANT PERSONS” HAVE A FIELD DAY – INTERIOR: Brooklyn’s urban landscape gets an action-packed plant jungle as Horti, the popular houseplant subscription company, seeks to build confidence in plant care, announces the opening of its new Williamsburg store at 432 Rodney Street. With nearly 5,000 square feet, Horti PLAY is Brooklyn’s largest houseplant store that doubles as a houseplant shipping company. Horti has filled the space with large, rare species that grow to over ten feet tall, including the swaying Philodendron giganteum.

Locals can purchase and interact with houseplants, as well as participate in community events, apothecary workshops, pop-ups, and live performances.

Our world in photos: December 5th

20 States That Are Higher Than Florida for Retirees: Insider Evaluation