Battle Out Transfer-to-Earn Health App Raises Over $3.1M – Get your 50% pre-sale bonus by investing at present 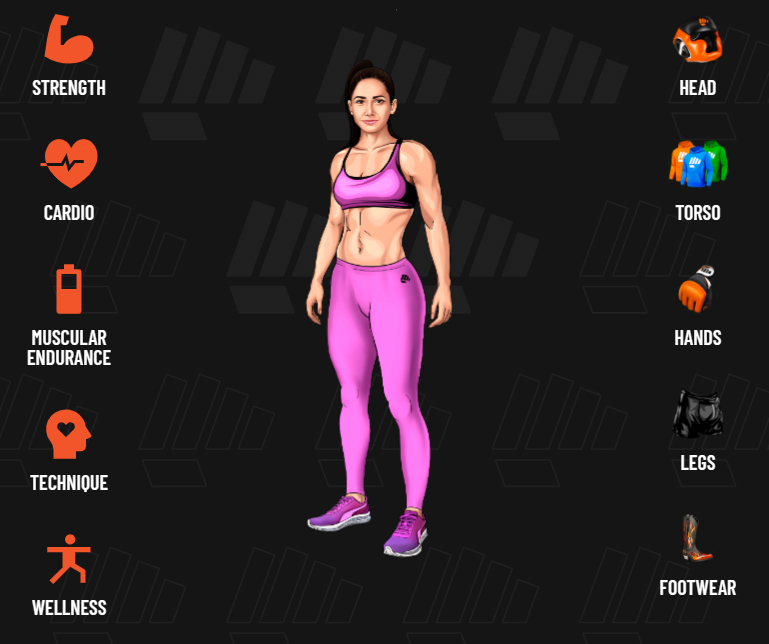 The world of fitness and health is constantly evolving, and the latest trend is the rise of move-to-earn (M2E) fitness apps. These apps allow users to earn rewards for their physical activity, giving an extra incentive to exercise and stay healthy.

According to a recent market report, the global market size for move-to-earn fitness apps was estimated at US$391.7 million in 2021 and is projected to grow at a CAGR of 18.3% by 2030.

This growth is being driven by a number of factors, including increased adoption of smartphones, rising healthcare spending, rising obesity prevalence, and increasing participation in athletes.

However, the market is not without its challenges. Factors such as a lack of digital literacy and skills, network coverage and security, and trust barriers related to privacy are hampering growth in certain regions.

Still, the sudden outbreak of COVID-19 has significantly changed people’s views on a healthy lifestyle, leading a large population to turn to home fitness apps to track activity and earn rewards.

In this sea of ​​move-to-earn fitness apps, one stands out: Fight Out. This innovative platform combines smart technology, blockchain and community to empower health and fitness enthusiasts like never before.

With personalized workout plans, physical activity rewards, and a supportive community, Fight Out aims to change the way we think about fitness. Look out for their launch in 2023 as they plan to open gyms around the world with state of the art equipment, Web3 connected technology and an ambassador program featuring top athletes.

As noted by the IHRSA, traditionally many people have struggled to commit to a regular fitness routine, with gyms typically losing around 50% of new members within the first six months of signing up. The lack of progression, motivation and community are cited as some of the main reasons for this high turnover rate.

Additionally, traditional gyms are often seen as lonely and isolated places that lack the sense of community that is essential for motivation and progress. Boutique fitness solutions have grown in popularity in recent years, but they can be costly and injury-prone without proper personal monitoring and tailored workout plans.

The sedentary lifestyles that many of us lead, whether due to long hours at a desk or increased screen time during leisure time, also contributes to the rise in health problems such as obesity, heart disease and diabetes.

However, with the advent of Web3 and M2E technologies, a new opportunity to improve on these fitness industry shortcomings has emerged. Fight Out is one such company that aims to revolutionize fitness by offering a holistic approach through its innovative Move-to-Earn (M2E) app and gym network.

Move-to-earn fitness app Fight Out takes a holistic approach to workout plans, considering not just strength and cardio but other aspects of wellness as well.

One of Fight Out’s unique features is the NFT avatar, which represents the user’s fitness profile, which is soul-bound and cannot be sold or traded. Users earn REPS tokens by exercising at home or at a gym, and can also earn additional REPS by competing against other users. These tokens can then be used to redeem discounts on app subscription payments, gym memberships, personal training sessions, and even merchandise like apparel, supplements, and exercise equipment.

Fight Out also plans to open gyms around the world, with the first set to open in Q4 2023. These gyms will have state-of-the-art equipment and services, as well as Web3-integrated features such as “mirrors” that display the user’s digital fitness profile and sensors that track workouts. These gyms will also act as community hubs where users can connect with each other and participate in exclusive events and master classes led by renowned boxers and athletes who are part of Fight Out’s ambassador program.

The Move-to-Earn fitness app’s unique ability to track any type of physical activity, along with its NFT avatar and social competition feature, sets it apart from other M2E programs. Fight Out’s real-time tracking of a user’s performance and their personalized avatar allows users to monitor and track their progress in strength, cardiovascular endurance and more.

The app also allows for social competition between friends, allowing users to strive towards common goals together. Once a user achieves their goals in reality, their avatar levels up and prepares them for possible battles against other users’ avatars to earn rewards.

Investors are flocking to Fight Out’s $FGHT cryptocurrency with its promising concept and impressive pre-sale bonuses of up to 50%. With partners such as LBank Labs, Cryptonews.com, Transak and BlockMedia Labs providing financial and operational support, this project is on track for success and has already raised more than $3.1 million.