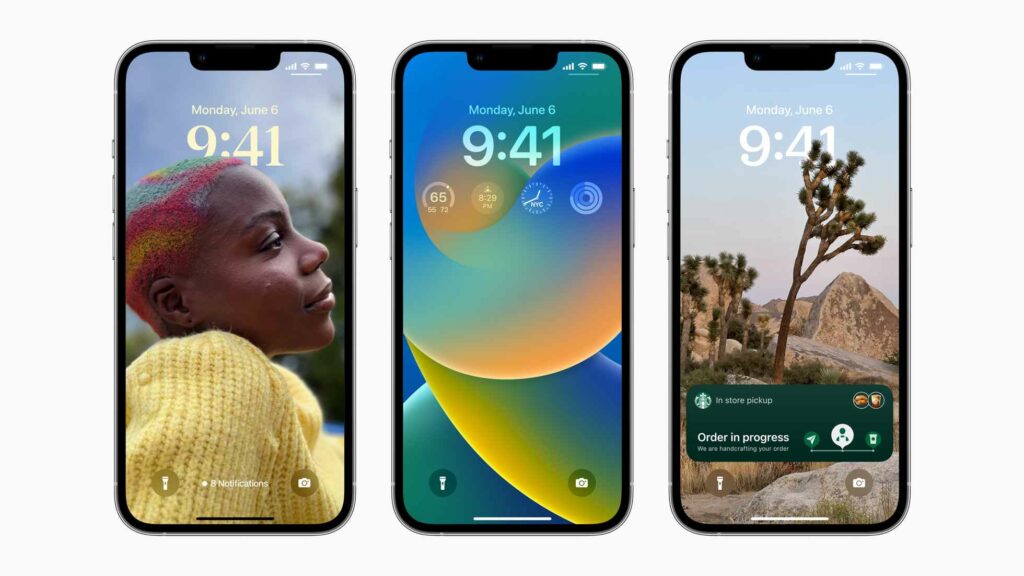 Apple kicked off its 2022 Worldwide Developers Conference with the presentation of its next operating system upgrade: iOS 16. The new operating system brings massive improvements to the lock screens and messages. The new iOS 16 offers many major and minor upgrades.

The public beta for the new iOS 16 is coming in July. Until then, check out all the key features of the latest iPhones running iOS 16.

Apple also repositioned the lock screen notifications at the bottom of the screen. This makes it easier to interact with multiple notifications, especially with the new Live Activity feature. This feature helps display live notifications like Uber rides, sporting events, and music.

Another key feature of iOS 16 is the ability to edit, undo, and edit unread messages. This feature allows users to edit typos, retrieve accidental messages, and unread a message so they can come back to it later. Messages now also supports SharePlay.

Apple’s Live Text feature will finally support teletext. The feature uses on-device intelligence to recognize text in images and videos. With this feature, you can easily copy and share text from any image and video you find on the web.

Visual Look Up goes one step further with this feature. It allows users to tap and hold the subject of an image to separate it from the background. You can then place it in other apps like Messages.

Apple is also updating some of the key apps in its library. You can expect more features in apps like Safari, Apple Maps, Apple Pay, CarPlay, Home, Fitness and more.