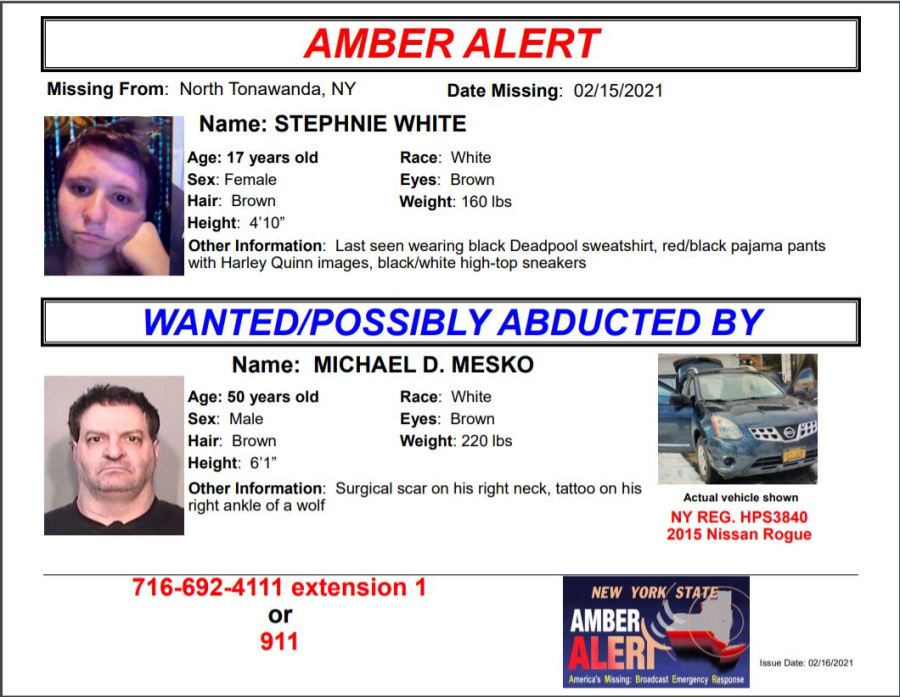 Police say someone kidnapped Stephnie White on Niagara Falls Blvd. near Erie Ave. on Monday at 7:00 p.m. She is white with brown hair and brown eyes. She is about four feet ten inches tall and 160 pounds. Stephnie was last seen wearing a black Deadpool sweatshirt, red and black pajama bottoms with Harley Quinn images, and black and white high-top sneakers.

Officials say the suspect is Michael Mesko. He is described as about 50 years old and white with short brown hair and brown eyes. Police say he is six feet an inch tall and weighs about 220 pounds. He has an operation scar on the right side of his neck and a tattoo of a wolf on his right ankle. North Tonawanda police say Mesko was only released from prison six days ago for rape.

The vehicle was identified as a 2015 Nissan Rogue blue SUV with New York registration number HPS3840.

Anyone with information about this abduction is asked to call the North Tonawanda Police Department at 716-692-4111 EXT 1 or dial 911 for information on a report or sighting.